Kisshomaru Ueshiba, son of O-Sensei, was born on June 1921 in Ayabe, Japan. Graduated from Waseda University with a degree on Economics.  He was appointed head of Hombu Dojo by his father in 1942. In 1969, he became head of the Aikikai (doshu) until he passed away in 1999

Here is a list of interesting articles and interviews by or about Kisshomaru Ueshiba Doshu: 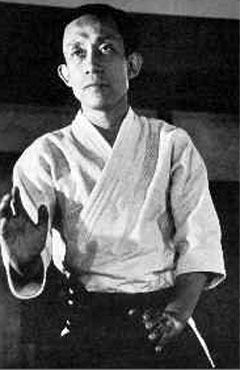 Share photo gallery
Articles in other Websites:
Here are some videos of Second Doshu from all around: