O-Sensei - Morihei Ueshiba  O-Sensei studied a variety of traditional martial arts including jujitsu (unarmed combat), kenjitsu (sword fighting) and sojutsu (spear fighting) and became one of the most renowned martial artists of his day.O-Sensei was also a follower of the Omoto religion and a man of high spiritual understanding. He came to the realization that fighting is a futile means of resolving conflicts, that violence only creates more violence.O-Sensei understood that ultimate victory came from not fighting at all. He saw that by manipulating and harmonizing with an attackers movement a fight can be completely avoided. In this way Aikido became an actual physical expression of his spiritual beliefs.O-Sensei continued his practice of Aikido until his death at age 86. After he passed away on April 26, 1969, the Japanese government bestowed it's highest honor, declaring Morihei Ueshiba to be a Sacred National Treasure of Japan.

Here is a list of interesting articles by or about O-Sensei: 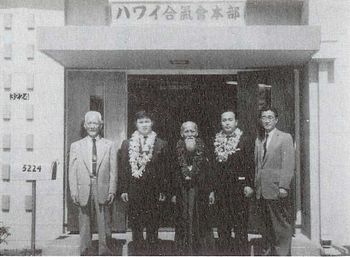 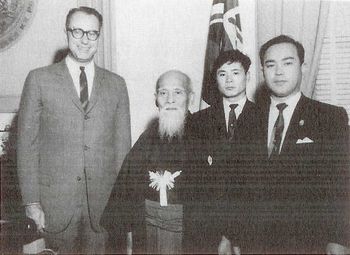 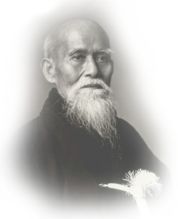 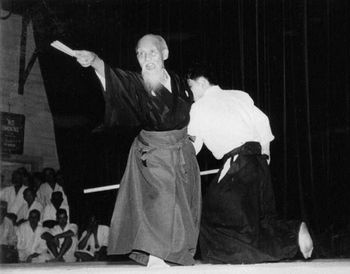 Share photo gallery
Here are some videos of O-Sensei from all around: